Although it might seem like I haven’t had a book out in some time, I am hard a work! 2013 will be a busy year for me, and I have plans for multiple novels! Want a sneak peek? Read on to see covers and blurbs for my books that will be released in 2013!

If you’ve read and enjoyed my historical romances, you’ll be thrilled to know that To Capture a Rake, book 2 in my Seduction Series, will be out in June! Read the blurb below! Book 3, To Please a Lady, will be out toward the end of the year.

To Capture a Rake

In all his time as a male prostitute at Lavender Hills, Gideon Drake has never been hired out, never been allowed to leave the gilded cage in which he pleasures the well-heeled wives of London. So when a young widow convinces Lady Lavender to release her prize stud for a week-long seduction at a country estate, Gideon spies his chance for escape. It is the perfect plan—until his beautiful client reawakens a passion he thought long dead…

After her husband’s death, Elizabeth Ashton knows she must remarry, but not just any man will do. She must find Lord Ashton’s long-lost bastard nephew and convince him to wed, cementing his claim to the family fortune. Of course, rescuing herself from certain ruin means venturing into Lavender Hills and putting her life into the hands of a dark, handsome rogue as notorious for his cold heart as he is for his sexual expertise. Somehow, Elizabeth must convince him to love her, to marry her, and ultimately to save her.
One touch will ignite the flame of their passion. One kiss will prove this liaison unlike the others. Bound by desire and need, only together are they strong enough to face down their enemies—and to claim the promise of love.


As for my Young Adult books… I have 3 books and a novella set to be released! Read below for more information!

Make Me A Match, A Young Adult Paranormal Romance, ages 14 and up. 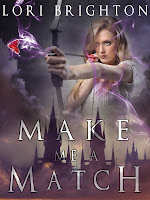 High School senior Emma Watts doesn’t believe in true love. After all, she’s worked for two years as a P.I. catching cheating husband’s in the act. When Owen Emerson arrives (while she’s in the middle of a stakeout, no less) claiming Emma has inherited a deceased aunt’s possessions, she’s shocked to say the least. Even more shocking is what, exactly, she has inherited… her aunt’s ability to supernaturally match soul-mates. Emma wants nothing to do with her aunt’s powers, or with the frustrating and perfect Owen Emerson who comes with them. Too bad she’s stuck with both for the rest of her life.

Owen Emerson is a Watcher, a person fated to protect the Matchmaker for eternity. A guy who does things by the book, Owen figures he’ll rationally explain to Emma her newfound abilities and they can have the professional relationship he’d had with other clients. But as he soon finds out, Emma Watts isn’t anything like his other the other matchmakers he’s worked with. When Emma has her first vision, matching two friends, she has no alternative but to believe Owen’s ridiculous claims. And when the supernatural world discovers how to exploit Emma’s matchmaking abilities for their own, she has no choice but to trust a man she doesn’t even like.

Redemption; ages 16 and up.

The Beautiful Ones; ages 14 and up. 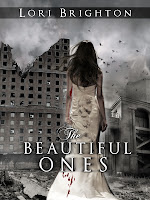 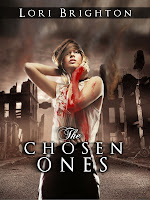