Sneak Peek! Make Me a Match!

Check out a sneak peek of my next YA Paranormal, coming Spring/Summer of 2013! 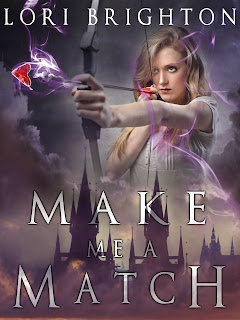 With that said, I turned back around and raced across the parking lot toward our beat-up Toyota. As I climbed inside and pulled out of the drive I couldn’t shake the bad, bad feeling that this wasn’t the last time I’d see Owen Emerson.