Romance author Diana Cosby is adorable, spends her days writing sexy Scottish historicals, and has traveled to places most of us only dream about. Unfortunately its impossible to be envious because she’s too darn sweet! Diana has not only agreed to an interview, but she’s also giving away a signed copy of her debut release!

Join me in welcoming Diana to the blog! 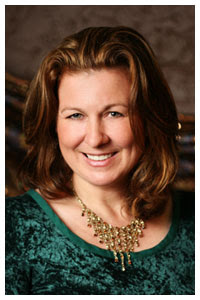 Can you tell us a little about your MacGruder brothers series?

When I began researching the Braveheart era, I wrote a four book series set on the Scottish/English border. I was so in love with the era, the political upheaval, I couldn’t let the time period go. So, I moved north in Scotland and created The MacGruder brothers, amazing as intriguing men who worked side by side with the Bishop Wishart, Sir Andrew de Moray and William Wallace. I’m proud to say I research heavily and try to ensure that all of the historical facts you find within my stories are true. And yes, the HUGE historical fact you learn in His Captive is true!

His Captive is an abduction story gone wrong. Sir Alexander MacGruder travels to England to abduct a noble for ransom to raise coin for the Scottish Rebels. Except, when he arrives, the baron he plans to abduct is gone. Believing the siblings are close, he abducts the Baron’s sister instead. (Available)

His Woman is a deathbed promise story. When Sir Duncan MacGruder’s friend lays dying, he swears to rescue his friends sister, the woman who a week before they were to wed, left him to become a noble’s mistress. (Available)

His Conquest is a deception story. Seathan Macgruder, the Earl of Grey, is to be hung at dawn. His only hope lays within a woman shrouded in secrecy who promises to help him escape if he takes her with him. Except, little does he know his only hope is his enemy’s sister. (Available November)

His Destiny is a story of redemption. More, TBA! (Available November 2011)

I’ve been a huge reader throughout my life. When I was stationed in Hawaii, I decided to try a creative writing class at the University. We’ll just say I didn’t impress anyone, so I set aside my aspirations to write. Then, once I retired from the Navy, I tried writing agai 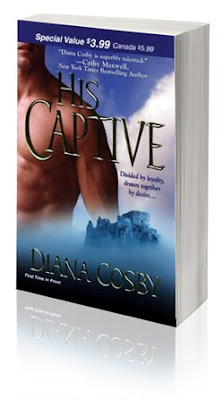 I was living in Virginia with my three kids, and my husband was deployed in Baghdad, Iraq. Kate Duffy and Sulay Hernandez called from Kensington to tell me that they wanted to buy the first book in the MacGruder brothers series, “His Captive!” I didn’t scream or yell, but cried. After 9 1/2 years of writing, and having stopped counting rejections at 100, it was a very emotional time. I was so thankful to find editors who believed in my writing, it was amazing. When my kids came home that night, we celebrated! 🙂

I’m working on getting back to drawing and painting. In addition, I volunteer for Habitat For Humanity, Ducks Unlimited, The National Trust for Scotland, and other charities that touch my heart.

You’ve lived an amazing life in many different places, do you have a favorite?

I’m on my 32nd move, so that’s really a tough question. How about if I give you my top four?
#1: Spain. The people, the culture, the food and history is amazing. While in Spain, I re-enlisted in the Navy my last time. I wanted to do something really neat, so I went to Tangier, Africa and re-enlisted on the back of a camel. Yes, there is a picture:
On the RomVets [Romantic Veterans] Page, go to my name Diana Cosby under Before & Afters:
http://www.romvets.com/

#2: Rhode Island: As a teenager, I enjoyed the time spent there with family, especially digging for clams and quahog’s!

#3: Guam: In addition to my first experience in a jungle environment, including flying through the jungle Rambo style in a helicopter, I did a lot of scuba diving, mostly at night, plus, I used the island as a base to travel throughout the Far East. Loved Seoul!

#4: Adak, Alaska: I went to high school on this Aleutian Island, and worked at a riding stable in my off time. It was amazing cantering through the tundra, watching the salmon run, and seeing eagles as thick seagulls. Also, while I was there, there were many places we couldn’t go on the island as there was still a lot of unexploded ammunition around. an we find you on the web?

Make sure to leave a comment and email addy. One lucky person will win a signed copy of His Captive. Winner announced Wednesday.