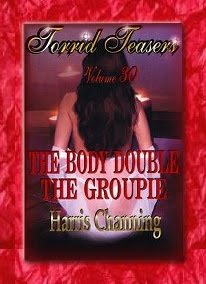 Join me in welcoming Harris to the blog!

Tell us about your newest release, Goldie and the Three Behrs.

How about the blurb. That pretty much says it all!

Choosing the perfect bed is easy, but sometimes finding the right person to share it with is an adventure!

The Marquess of Blackwood lays eyes on Goldie Locksley, and immediately falls for her. Unfortunately, his youngest brother 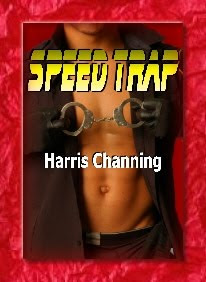 , Joseph, decides to make her his bride. But when their father tells him no, all hell breaks loose and all three brothers will do their utmost to see that they are a part of her future. But her happily ever after lies in the arms of one man. Will he be able to prove himself in time, or is Goldie destined to a life of misery or mediocrity?

I didn’t always want to be a writer. But in the sixth grade, I had a teacher believe in my writing ability and it sort of blossomed from there. When I hit my very late teens, I thought I’d give it a try. I wrote four books, all of which sucked. It wasn’t until 2005 that I actively started writing for publication again. In 2007 my first short story was released by Whiskey Creek Press Torrid. And let me say, those acceptance letters are addicting!

When I’m not writing, I’m maintaining my family and household. For fun I knit, read, and listen to music. I love all kinds of music and find inspiration in it. Oh, and I’m a video game junkie! 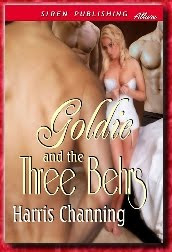 Can you tell us about your next project?

I’m all over the place!

A special thanks to Harris for stopping by.

Leave a comment for your chance to win an ecopy of Goldie and the Three Behrs! Winner announced Friday.