I hope you all had a wonderful weekend. To start your week off well, I’ve got a treat for you! If you like super sexy men, exotic locations and books that keep you flipping the pages until the wee hours of the morning, author Zoe Archer writes those and more! Even better, she’s giving away a copy of one of her books.

Join me in welcoming Zoe to the blog! 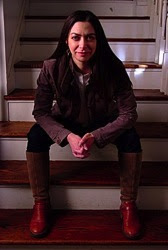 tories are super unique and you certainly don’t write the traditional romance. Can you tell us a little about your books?

I’ve been a romance reader since the ninth grade, but I have always loved stories of high adventure. Exotic locations, nonstop action, sexy wise-ass heroes who can take care of themselves. What’s not to love? The first two historical romances I had published were untraditional (Lady X’s Cowboy: Colorado cowboy goes to England to find his family and falls in love with a titled lady who owns a brewery; Love In a Bottle: aristocratic female botanist in the 18th century becomes the unlikely ally of a handsome mountebank searching for the secret to love). Still, I found myself wanting to go even further, writing the kind of romances I always wanted to read.

After some brainstorming, I came up with what I think is the formula for awesome. High adventure. Exotic locations (Mongolia! Greece! The Canadian Rockies!). Magic. Sexy, sexy heroes in tall boots. Capable heroines who don’t shriek and faint at the first sign of dange 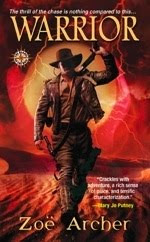 r. Lots of action. Super hot sensuality. A touch of steampunk. Truly dastardly villains. Thus, The Blades of the Rose were born.

As romance writers, we keep hearing that we need to stick to the familiar. English spying dukes. Tortured vampires. But I think readers are much smarter than they are given credit. Readers crave something different, and I think the Blades of the Rose series is going to make a lot of readers very happy.

In a word, yes. I started dictating stories to my dad’s poor, belabored secretary when I was a little kid—pretty much right after I learned how to read. Even though I went through different experimental phases through my life (Now I’m a costume designer, now I’m a dramaturge), I always came back to writing. I even left California and went away to a fancy MFA program in the Midwest to make it happen.

The first book I sold, Lady X’s Cowboy, wasn’t the first completed book I wrote. It was actually the third. That first book netted me an agent, but it will never see the light of day. The second made the rounds, but didn’t sell. I think it took a couple of years to sell Lady X, and in the interim, I began work on a non-romance fiction. The second sale came soon after the first, even though Lo

ve In a Bottle was written before Lady X. Confused? Me, too. All I know is that it happened, and I was so unbelievably happy.

Like I said, I’d written three completed romances and hadn’t sold a one. I was several years out of graduate school, working at a series of rather depressing day jobs. I had an agent, which was good, but I wasn’t sure if this whole romance thing was going to pan out. So I started writing a non-romance fiction novel, figuring that romance and I were just never going to happen. But then, one day at work, my agent emailed me, asking me to call her right away. I did. She told me that Dorchester wanted to buy Lady X’s Cowboy. Right after she and I finished talking,, I called my husband, then emailed my parents. After that, I floated around my office in a daze.

After the paperwork had been signed, and I knew this really was going to happen, I got a tattoo. I had promised myself that if I ever sold a book, I would get this tattoo, and so I did. On my right ankle: the Japanese characters for courage.

When am I not writing? But when I do step away from my desk, one of my favorite things to do is bake. I find it very gratifying, after dealing with abstractions all day, to make something tangible (and delicious!). I also read, but that almost goes without saying. We all become writers because we love to read.

ally excited because the four-book Blades of the Rose series is being released by Zebra back-to-back this fall. That means that the first book, Warrior, is coming out in September, then the next book, Scoundrel, hits the shelves in October, and so on, all the way through December. No waiting!

After that, maybe more Blades books, if people want more. But I have a lot of ideas for other books, so there are plenty of options!

A special thanks to Zoe for stopping by! If you want a chance to win a copy of Half Past Dead, leave a comment! Winner will be announced on Wednesday.