Dark secrets, seduction and forbidden love are just some of the thrilling themes author Christie Kelley tackles in her historical romances. Read the blurb for her newest release, and like me, you’ll want to immediately run to the bookstore! She’s talented, kind and giving away a copy of her book!

Join me in welcoming Christie to the blog! 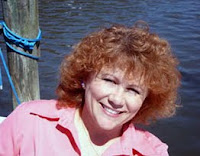 tell us a little about your books?

I write regency historical romances for Zebra books. The books are all part of The Spinster Club series about five women friends who have no desire for marriage. But one of the friends is using her matchmaking skills to find them their perfect matches. My April release, SOMETHING SCANDALOUS, is the third book in the series. In October, SCANDAL OF THE SEASON will be released. 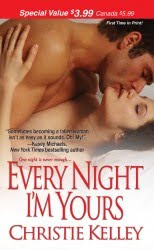 I really didn’t think much about writing until I was in my thirties. My husband and I were discussing my job at the time, and he said, “Why don’t you write one of those romances you are always reading?” At the time, I thought he was crazy. I was working full-time with a toddler. I wasn’t a writer. A few years later, we moved to Maryland and I was only working part-time. I took the plunge and started writing.

I started writing my first book in 2000 and sold in 2007 (and not with that first book, or the second or the third or the fourth). It was my fifth book and second regency set historical that finally sold.

I finaled in the Golden Heart contest in 2006 and right after that signed with an agent. I was sure it would be no time at all before I received the call. Fast

forward almost a year later, my agent had sent a book out to several editors and been rejected by all of them. I knew it was out at two more houses but was already thinking it wasn’t going to sell. When I saw my agent’s name on my caller ID, I was certain she was calling to tell me how she couldn’t sell this book and it was time to more on. Instead, she called to say Kensington had bought it and the second book as part of their debut program. I was completely stunned!

I am a part-time Realtor, which means sometimes I’m really busy and sometimes I’m not busy at all. Spring and early summer keep me busy with both jobs but by fall, things slow down again. In addition, I have two teenage boys and a husband who keep me running all over town. My hobbies seem to have been lost to writing, except for keeping up with my gardens. 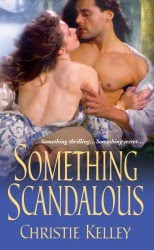 I’m a www.christiekelley.com. I’m trying to do a better job of keeping the site up to date. I love to hear from readers so go to the site and send me a note!

SCANDAL OF THE SEASON comes out in October. And I’m finishing the last book in the series right now. That book may be titled, HER PERFECT MATCH but it’s not definite yet. That book is scheduled for June 2011.

Thanks so much for the interview! This has been great fun!

A special thanks to Christie for stopping by. Remember to leave a comment and email addy! One lucky person will win a cop of Something Scandalous! Winner announced Wednesday.