She’s been a Rita and Golden Heart finalist and is known for producing sensual and rich historical romances for Avon publishing. Not only does she write and work full time, but she also gives back to the community, volunteering with the Brenda Novak Juvenile Diabetes auction.

Join me in welcoming Debra Mullins to the blog!

How long were you writing romance before you sold? Was it a slow, torturous path, or quick and easy?

It took me six years to sell my first book. I had the first couple of chapters written when I joined a writers’ group. There I found a critique group, and once I started meeting with them it actually only took me a year to finish the book. However, it took me five more years to polish it. I entered contests and made the finals in RWA’s Golden Heart, but it was a full year after that when I pitched the book to Micki Nuding at Avon, who bought it.

Tell us about your first sale, “the call.” Did you know it was coming, or were you totally shocked? 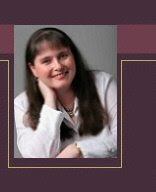 My call came on January 26, 1998. It was a Monday. Micki had requested my partial at the RWA conference in Orlando, and then a few months later she had called and requested the full. THEN she called again in the beginning of January to tell me she had sent my complete manuscript to her senior editor, but the package had come open in transit and the manuscript had been lost, and could I send another copy? I took that as a good sign and kept my fingers crossed. Sure enough, that message blinking on my machine on January 26 was Micki calling to make me an offer.

What’s your writing schedule like? Do you write every day? In mornings, afternoons, nights?

I still work a full time day job, so my writing schedule is basically whenever I can. I do get up early before work—especially on deadline—and write a bit. Usually the bulk of my writing is done in the evening or on weekends.

I read on your website that your first book, ONCE A MISTRESS, evolved from a book you wrote in junior high. I find that amazing, as most people tend to throw away their first manuscript. What made you decide to rework the book?

When I decided to actively pursue writing as a career, I was a stay-at-home mom with a three year old. I had always wanted to be a writer, so this seemed like a good time to take a crack at it. I knew I wanted to write romance, and the only story I had ever really finished was that 100 page hand-written pirate story called A Vagabond Love. There was still a story in there, so I reworked the characters and modernized the storyline from an adult perspective (I was twelve when I wrote the original), and it eventually became Once A Mistress and sold to Avon Books.

You recently moved from the East Coast to the West coast. Has the change in culture influenced your writing style?

I don’t think living in the west has influenced my writing style at all. I still write like me, and I will always be a Jersey girl no matter what. But the lifestyle in the west is more relaxed than in the east, so that has been a welcome change, especially around deadline time!

We are both huge fans of Buffy and Joss Whedon. I assume he lives in CA. Have you started stalking him yet? And if so, can you get me an autographed picture?

In your last book, The Night Before The Wedding, you added a bit of the paranormal. Do you plan on doing more paranormal in the future?

I’ve been wanting to write paranormal for quite some time, but I really like historicals as well and don’t want to abandon them. Since I am still working the day job, it’s going to come down to time. I currently have a contract with Avon for two historicals, but I wouldn’t count out paranormals yet.

When it comes to negative reviews, I apply the rule of three, just like I advise people to do with critiques or contest entries. If you hear it once, you can dismiss it if you decide it doesn’t apply. If you hear it twice, you might want to consider the matter. If you hear it three times, you should listen. Usually you may not have made the point you intended in the writing, and as the writer, it’s up to you to figure out how to resolve the issue. Of course, once a book is published it becomes a little too late, but what you learn can be applied to the next one!

As for the negative image of romance novels, we get a bum rap, sure. And yes, I get a little hot under the collar. But I like to approach it as, “Since when does the pursuit of love and happily ever after become a negative thing?” People spend at least half their waking hours thinking about love or being in love or trying to look for love. That’s why all those online dating services do so well. I also find it interesting that the same people who label romance novels as “trash” loved movies like Pretty Woman and Dirty Dancing and Sleepless in Seattle.

Persistence is 90% of this game. Talent is desirable, but the craft of writing can be learned. Stick to it and learn everything you can as you go. Eventually you will be in the right place at the right time with the right manuscript.

What are you working on now? Give us your first line (or a favorite line) from your current work in progress and/or a blurb:

I have a book coming out on May 26 called TO RUIN THE DUKE. As far as work in progress, I’m working on the first of a historical series for Avon where an American sea captain has come back from being lost at sea to claim his bride, who is about to marry the man who tried to kill him. To do t

his, he engages the help of the young woman who is helping plan the wedding and whose future rests on the success of the event he plans to disrupt. Hint: the heroine is NOT the bride!

First line: The Mary Alice cut through the ocean like a blade, splitting the waves into churning whorls of water and foam.

I read and I love to travel. I love TV, too. We’re always recording shows here. Thank God for the DVR!

Remember to leave a comment and email addy for your chance to win a signed copy of To Ruin The Duke! Winner will be announced Monday!