Read the blurb for Miranda Neville’s debut historical romance and try not to be interested. Read the reviews and you’ll run out and buy the book! Set in the Regency era, the book has plenty of suspense, romance and danger to intrigue the harshest of readers!

Join me in welcoming Miranda to the blog!

Tell us how you got started as a writer. Did you always want to be an author?

I had a number of jobs that required writing, but always non-fiction. A few years ago I decided to try my hand at a novel. It must have always been in the back of my mind. Last year I was helping clean out my parents’ house, where I grew up, and I found several partial Regency romances I’d

written in my teens and forgotten about. BTW, they were pretty bad. Major data dump.

How long did it take for you to get published once you had the first book done?

I finished one book and was half way through another when it became obvious to me that what I wrote wasn’t going to sell in the current market. I came up with this idea about a Regency pastry cook and incorporated historical recipes into the story. The first draft of Never Resist Temptation was completed in six months and I sold it a year later.

The turning point for me was when I signed with an agent. She sold the book less than a month later. A couple of publishers rejected it before Avon said yes, but it was so quick (unlike absolutely everything else to do with the wonderful world of publishing) that I didn’t have time to react with anything other than delight.

Your first book is out and you sold it to a major publisher known for romance. Did you have any idea when you started how well you’d do?

I started writing with high hopes and expectations that became more realistic as I learned more about the business. Don’t we all begin with fantasies of being the next Nora Roberts or Julia Quinn? I was totally thrilled to sell to Avon, since they are so strong in historical romance. They were definitely my first choice, though I wouldn’t have turned down any of the other New York publishers! As to how well I am doing? That remains to be seen. For the most part it takes time and several books to make a career in romance. I’ve been happy with the reception of NRT but I am still very much a newbie.

What schedule? I write at any time that seems convenient. Also when I have something to write. I spend much more time thinking about the next scene/chapter/section than I do writing it. Now that I am writing to deadline I try and crank out at least a page or two each day. I have six months for my current book from typing “Chapter 1” to sending it to my editor. I’ll let you know if I succeed.

You worked for Sotheby’s auction house on their manuscripts. Did you read any letters that surprised you, or any favorites that you want to share?

That was an incredibly fun job and I’ve used some of my experiences there in my current series. I handled so many exciting historical documents. I recall some letters by Walt Whitman, written very early in his life while he worked as a schoolteacher on Long Island. They were important because they contained new 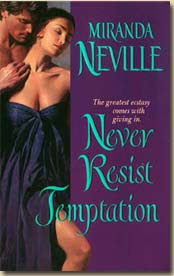 information about his life previously unknown to biographers. Finding something new and contributing to the historical record was always a particular thrill.

Finish your book. There’s one kind of book that will not sell and that’s one that hasn’t been written. And when you’ve finished it, write another. I see too many writers who agonize over their work so much they never get to THE END. Or else they revise it over and over. Or wait to sell it before starting something new. Hardly anyone sells their first book. And your second one will be better and the third better than that. Keep writing, keep moving forward.

I’m on the second book of a series abut Regency rare book collectors. The Wild Marquis (coming in March) is about a disreputable young rake who decides to buy a famous manuscript and becomes attracted to a widowed bookseller with a mysterious past. I’m in the middle of the second (no title yet). The hero is a woman-hating bookworm who falls hard for a beautiful society woman. When he finds out she’s trifling with him, he gets an extreme makeover to make her fall in love with him. I call it Regency Revenge of the Nerds and I can only hope it’ll be as fun to read as it is to write. It’s supposed to appear in September 2010. (Eek! See note above about finishing on time)

I have a copy of NEVER RESIST TEMPTATION to give away. Just to inspire you, let me tell you that my debut novel is a Regency historical featuring sex, murder and French pastries ….. To win either ask me a question, or answer this one (or both). Do you enjoy romances which have strong external plots, or would you rather concentrate on the relationship of the hero and heroine without distractions?

Thanks Miranda!
Remember to leave a comment and email addy! Winner will be announced this weekend!