The Writing Process: You’re either in, or you’re out

My book doesn’t come out for another four more months and I’m already exhausted. What can I do to promote? To get people to buy my book? Will I sell enough? Why did that author get a bigger advance and more comments on her blog than I did?!
Cousin Aaron says authors are crazy. Perhaps he’s right. These thoughts are constantly exploding in my mind, much like the fireworks that people light days and days and days after fourth of July when you just want to sleep! When will it end already?!
I feel like I’m running for Prom Queen. One of those girls who tries for that beautiful tiara but, let’s face it, just isn’t quite popular enough to make it. Oh, she might get a vote or two, but she doesn’t have the connections, friends and cupcakes to promote like others.
Wouldn’t it be great if our high school years truly ended when we graduated? When we become adults, we move onto a new sort of high school where popularity still wins in the work place. It’s no different in the publishing world. Who can say why a book that’s written incredibly well doesn’t sell much? Or a book that, well, let’s face it, isn’t that well written does extremely well.
I recently discussed the idea of book popularity with another author. When speaking in awe about some of the huge advances other debut author’s had landed, and feeling rather low about my own, this friend claimed they didn’t write any better than most, they just happened to know the right people in high places. The were popular! Could it possibly be true?

In Wendy Wax’s book, The Accidental Bestseller, one author’s agent is thrilled when Paris Hilton is seen holding her client’s book. And it’s true. It only takes one well-connected person to sell thousands of books.
But what about those author’s with smaller advances, who don’t have the connections? Kensington does a rather small print run compared to larger publishing houses like Avon. As an estimate, Kensington prints around 20,000 books for a first time author. It’s nothing to a publishing company, but to an author 20,000 is what stands in the way of success and failure. Its a much known fact that if you don’t sell your print run, you probably wont get another contract. Bye-bye. Don’t let the door hit you on the way out.

Take a friend of mine. She just got her numbers for her first book. Her sales were incredibly well and she sold all but about 2,000 of her first print run. She’s an excellent writer. Her first book got great reviews and even a Rita nominee. For those of you who don’t know, the Ritas are a huge contest held every year for authors. But when she told her current publisher about her nominee, they pretty much patted her on the head and told her that was nice. They still haven’t accepted her third book. Who knows if they will.
There’s another author, my friend Delilah Marvelle. Again, she didn’t sell her entire print run and came up a few thousand short. Yet, her book has gained enormous popula 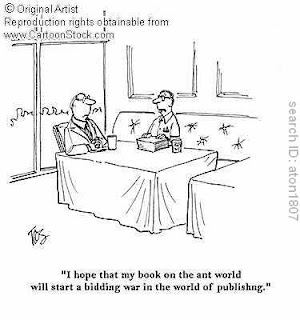 rity and gone onto a second print run. She, too, was nominated for an award through Romantic Times, which sent her sales spiking. With her following growing every day, you’d think it would be easy for her to sell, yet once again, her series is supposedly being laid to rest by the great publishers that be. (* Correction, if you read the comments below, Delilah explains that she did sell out her print run!)
She’s not the only one. Stephanie Bond announced at her book signing that her publishers have decided to put an end to her hugely successful series. She’ll finish it up with a couple more books but then that’s it. And here’s something else I learned at the book signing. Those top ten spots you see printed out at book stores… most of those spots aren’t legit but are bought by publishers for their authors.
So why do publishers end a series or author that seems to be growing? Especially one just out of the gate? Do they know something we don’t, or are they too impatient? Perhaps in this economy editors don’t want to take chances. But one thing is becoming more and more clear, if you don’t sell your print run, you’re screwed.
So how does an author sell their print run and keep the ball rolling? I haven’t a clue. I suppose it’s easier for an author who gets huge advance and free promotional opportunities. Those publishers can’t afford to have their authors fail. But for those smaller publishers, like Dorchester and Kensington, there’s little to lose if we don’t sell our print run. Little to lose for the publisher. Unfortunately there’s everything to lose for the author. Not many other publishers will take on an author who has been dumped by their previous publisher for low sales figures. Obviously the sale of your debut book is incredibly important.
And so as time draws near for my book release (four months!), I can’t help but think about that number.
20,000
As my friend Harris 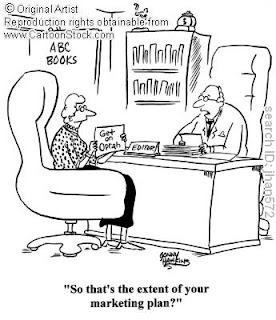 And just when I’m down, thinking I don’t have the money to promote nor do I have the connections to sell my book, I get an email. Ali found my book through my blog at Fresh Fiction. In her sweet email, Ali told me that she’d already preordered my book which, of course, thrilled me. But to make it even better she said she ordered a couple extra to give out as gifts.

As an author, worrying already about sales figures, you can’t hear anything better!