Where Do You Come From? 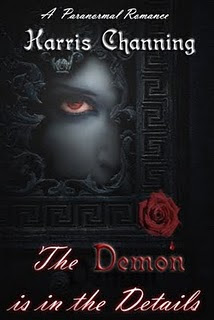 Let’s face it, most people in the United States are mutts. Mixed heritage from all over the country. Which is probably why here, more than anywhere, we’ve become obsessed with tracing our lineage. Perhaps it’s something innate; perhaps we’re born with the need to feel like we belong. Or perhaps it’s because more and more people are moving away from families, floating into a sea of stranger-filled suburbs. Who knows.

But I’ve always been fascinated with other countries and cultures, which is why I went into Anthropology in college. Over the years I’ve attempted to search for my lineage, but mostly hit dead ends. My friend and author Harris Channing (and btw, her contemporary paranormal, The Demon is in The Details, is only 99 cents right now as an Ebook! Check out that cover, creepy cool!) is great at tracing lineages. I knew very little about my father’s side of the family. One night I decided to try and trace them. Frustrated, I gave up after a few hours on the web and went to bed. Before going to sleep I had shot Harris an email telling her that I couldn’t find anything. When I woke up the next morning she had found a site that traced the paternal side of my father’s family all the way back to 1600s England. I was shocked and thrilled.

Ancestry.com is a great place to search for information and I hear it can become addictive. But it costs a monthly fee. Harris gave me two other sites great for researching: Family Search, and Roots Web (part of ancestry.com).

So what is my family lineage? Well, my father’s father’s side came here in the 1600s from Somerset and Thornbury (Gloucestershire) England area. When they arrived, they settled in Massachusetts.

His mother’s side is much more complicated as her father came from Sweden when he was only around 14. That’s all I know about them, other than their last name was Olsen (or Olson), which I’ve heard is a rather common name over there.

It’s the opposite on my mother’s side. I’m not sure where her father’s family comes from, although I’m guessing England.

As for her mother’s side… Norway (Last names of Gunderson and Rierson) and… of course, England. In particular Great Baddow, in which they apparently left because they were Puritans and settled in Massachusetts in the 1600s. Hmm, who knows maybe they knew my father’s side. I believe my great great great Grandfather on my mother’s side came from Germany.

There were a few things that have surprised me so far. One, is my father’s side. I thought both his mother and father were from Sweden, so it was rather surprising to find out that only his mother’s side was. The German blood! I didn’t realize that I (probably) have German in me. It makes me wonder why all those German classes in High School didn’t catch on. And another thing I found interesting… how many times women named their daughters after themselves. Or a son’s middle name might be the mother’s maiden name.

As I sit here typing, I can’t help but wonder what my Puritan forefathers would think of my romance novels 🙂

So I’m curious to know… where do you come from? Leave a comment and one person will win an Ecopy of Harris Channing’s The Demon is in The Details!