Hi all! Hope you’re having a good week. A special thanks to Diana Cosby for stopping by the blog. Now, for the winner of Diana’s book…. 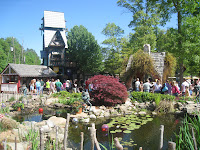 Congrats! Please send me your address and I’ll send that to Diana.

Last weekend took us to a Renaissance Festival. This is usually an outdoor fair of sorts with a few simple rides 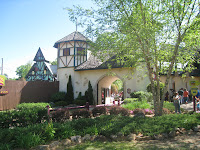 for kids, food (Turkey Legs are a favorite), lots of shows and lots of people wearing crazy “Medieval” and “Renaissance” outfits, and yes, corsets at a Renaissance fair are considered a shirt. In fact, pretty much anything goes. But we saw some amazing shows and had some great fun. One of our favorites was the jousting tou 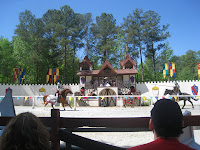 rnament. Not as elaborate as the tournament at Medieval Times, but still fun. Another great show was watching the Birds of Prey. Hawks, Falcons and Owls that swooped over the audience. Most states in the U.S. have a Renaissance fair at some point in the year. And I believe many other Countries have them as well. Tickets can be a bit pricey, but look for deals because they usually have t 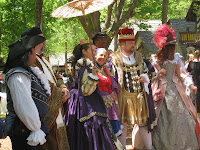 hem. This weekend was the opening of the Renaissance Fair in GA so tickets were buy one get one free. Usually after each show the entertainers will pass along hats begging for more money, so the expenses can 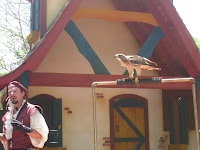 add up, but it’s really a fun time with interesting things to see. Of course most children love them. So it might be worth checking one out if you have one in your neighborhood.

At the moment, I don’t have another interview lined up, but I will let you know as soon as I do!